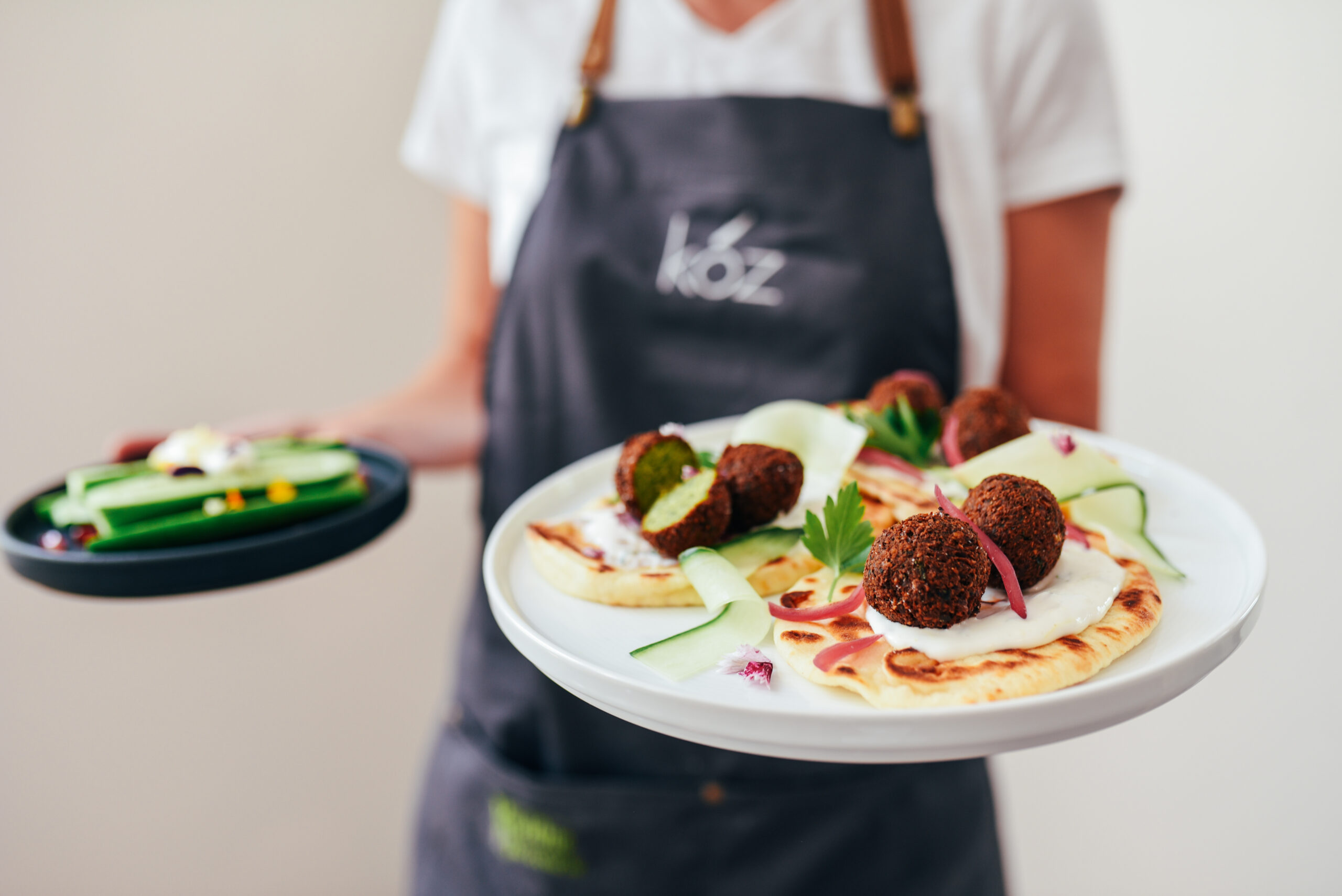 Chef Geneviève Filion’s involvement with PAL+ goes back several years. She was initially the Chef aboard the Grand Cru, Escapades Memphrémagog’s cruise boat and most recently, the Executive Chef at OMG Resto. Unsurprisingly, given her background with the company, the PAL+ group asked Geneviève and her long-time colleague David Théberge (Manager at OMG Resto) to act as consultants for the new Mediterranean bistro, which adjoins the Verso boutique hotel.

The two associates immediately saw the potential of this exciting new project! Their involvement and passion permeate every aspect of the new bistro.

They have a shared vision of what the future holds for this large restaurant with its Mediterranean-inspired menu. Kóz is able to seat 175 diners inside with a further 150 outside in the summer when the terrasse is open. Geneviève and David took to this ‘adventure’ like ducks to water, becoming respectively, Executive Chef and Restaurant Manager.

An Invitation to Take a Culinary Journey

Chef Geneviève Filion is an avid traveller and her trips to Greece and Turkey have influenced her choice of dishes for the Kóz menu.

Geneviève is classically trained in French and American cuisine, and designing a Mediterranean menu was very different but she absolutely loved the challenge of creating something new!

In order to design a tasty, flavourful menu that would appeal to Quebec palates, Chef Filion did a lot of research. As a result, she has come up with her own interpretation of some of the classics of Mediterranean cuisine, adapted to local tastes.

When tucking into sharing dishes, diners can quickly identify Geneviève’s magic touch, from ingredients such as sumac, zaatar, cumin, mint, lemon… Desserts are flavoured with honey, rose water and orange blossom. Diners also discover a whole range of new, delicate aromas and while some of Geneviève’s dishes might be unfamiliar to the average palate, they will certainly titillate your taste buds!

Although Mediterranean and Middle Eastern dishes are showcased at Kóz, the food producers and suppliers are largely from around the region. Indeed, the chef makes a point of incorporating local products on the menu whenever she can (subject to availability).

Some examples include lamb from La Bêlerie, various meats from La Boucherie du terroir and fish and shellfish from Sherbrooke’s Fish Market―produce that might well be familiar to diners, but kissed with aromas from distant lands.

Rounding Out the Team―An Expert Sommelier 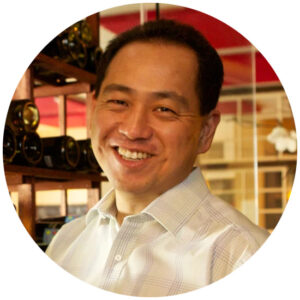 .
Michael Otaka, the former Sommelier at Bistro 4 Saisons, joined the Kóz team in June 2021. When designing the wine list, he started with a wide selection of interesting wines, but then he scaled it down to match the Chef’s culinary creations.

Michael picked out wines from Lebanon, Turkey, Georgia and Israel―wines whose salinity and minerality harmonize with Geneviève’s lemony, spicy dishes. Michael’s goal is to always to surprise wine lovers with something new. That said, several classical vintages and common wines are also on the list.

When Michael chose the wine list, he wanted to come up with a ‘recipe’ that evoked the feeling of taking a culinary journey and revelling in the pleasures of sensual delights.  Indeed, each sip of wine reflects the distinctive characteristics of a particular region of the Mediterranean. A number of wines are sold by the glass, enabling drinkers to be adventurous and sample several types of wine rather than just stick to one.

The wine list will change with the seasons, offering light, refreshing wines in the summer and more full-bodied vintages in the winter. Customers who visit Kóz at different times of the year will be able to enjoy the new varieties chosen by our Sommelier.

Michael has a particular fondness for Israeli wines. In the past, wines from Israel were heavy and strong but nowadays, both the whites and the reds are fresh, crisp and absolutely delicious.

The Restaurant Manager Creates the Ambience… 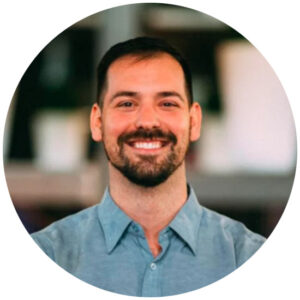 David Théberge is responsible for creating the ambience in the bistro and he has done so through extensive research. The key elements for him are choosing the right kind of music and lighting to create a distinctive mood for the clients.

The ambience changes a little throughout the day. At lunch and during the cocktail hour, customers are treated to an acoustic background; then at dinner, it changes to lounge music with relaxing electronic undertones.

And because our eyes set the scene before our mouths are engaged, the Manager and the Chef have chosen the serving dishes, boards and bowls with as much care as if they are setting up the props for a theatrical production! Colours, sizes and textures―all are choreographed in harmony with one another, augmenting the trendy, warm décor.

A Mixologist has created a range of fresh, colourful and fragrant ‘kóztails’―ideal for an aperitif or after-dinner drink. As is the case with the menu and the wine list, our signature cocktails send your taste buds off on a trip to foreign climes, without you having to leave the table!

Geneviève and David have thoroughly trained each member of the team. The wait staff check back with diners at various intervals throughout their meals, offering advice on the food and suggesting wine pairings.

Each member of the team has had the opportunity to taste each of the Kóz dishes and the wines. The wait staff is thus able to convey their impressions to customers who will be better able to appreciate what is essentially a personalized wining and dining experience.

When asked to describe her favourite dish, Geneviève is characteristically modest. She admits to being very proud of her entire menu! Reluctantly, she names falafel. She loves their taste, their tempting round shape, their colour… in short, everything about them! Eaten with a Greek salad, they’re absolutely fabulous!

As regards the wine list, she opts for Masthia Skinos, a Greek eau-de-vie (brandy) which is lighter and more aromatic than Italian grappa.

And her favourite kóztail? Aphrodite―a delicate, colourful sour made from a base of blueberries, rose water and Quebec gin.

Michael can’t resist the dish of a whole fried fish and when it comes to a kóztail, he’s fond of an Old Stromboli. This drink has a base of an aged, 15-year-old Scotch and when a glass is poured at the table, then sprayed with a smoking gun, its heady aroma lingers on the nose―just the thing to counteract a chilly winter’s eve!

When it comes to choosing a favourite wine, Michael likes to claim that he loves all of his ‘children’ equally! He does, however, admit that he has a weakness for the 2001 vintage Narince, Kavakliedere Cankaya―a fortified white wine from Turkey. It is a private import and Kóz is the only restaurant in the region to stock it.

David’s favourite dish is grilled octopus, accompanied by a Cabernet Sauvignon from Israel (introduced to him by Michael). When it comes to an aperitif, his choice is the Hera―a kóztail made from a blend of vodka, cucumber, mint, and Campari.

Le Kómptoir―For Folks on the Go!

The Kóz team also realized that there might be visitors to Magog (or locals out for a walk) who might not have time to sit down for a meal while they were enjoying the fresh air. That’s how they came up with LeKómptoir―an exterior snack bar offering meals-on-the-go to folk strolling along the shoreline of Lake Memphremagog.

On the menu (it changes with the seasons): hot and cold beverages, pastries and savoury snacks.